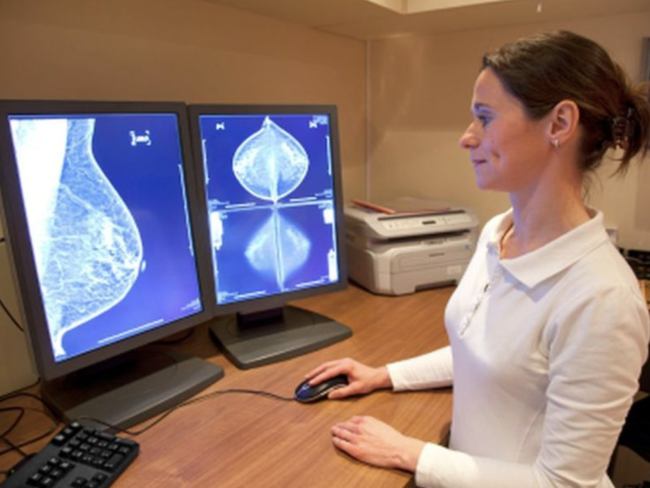 THURSDAY, Dec. 6, 2018 (HealthDay News) -- Tamoxifen is considered a vital weapon in the fight against breast cancer, but many women who have to take the drug struggle with its significant side effects.Now, new research shows that a lower dose of the hormone therapy helped prevent breast cancer from returning and guarded against new cancers in women who had high-risk breast tissue.On top of that, the lower dose -- just 5 milligrams daily -- came with fewer troubling side effects.

"Low-dose tamoxifen is as effective as the standard dose," said study author Dr. Andrea De Censi. He is director of the medical oncology unit at the National Hospital E.O. Ospedali Galliera -- S.C. Oncologia Medica in Genoa, Italy.De Censi said the rate of side effects -- such as hot flashes, vaginal dryness, pain during intercourse and muscle pain -- was similar to the rate that occurred with a placebo pill. The side effect rate for the low-dose therapy was significantly less than what previous research has shown with the standard 20 milligram (mg) dose of tamoxifen, he noted.In addition, the risk of serious side effects, such as blood clots and endometrial cancer, were similar to that of the placebo, and less than what typically occurs with the 20 mg dose, De Censi said.Hormone therapy for breast cancer interferes with the growth of cancer cells in a few ways. One is by blocking the body from producing certain hormones. Another is by disrupting the effects of certain hormones on cancer cells, according to the American Cancer Society.In the case of tamoxifen, it works by binding to estrogen-receptors. Some cancers -- those called estrogen-receptor positive -- are fueled by estrogen. Tamoxifen blocks the estrogen-receptors on cancer cells, keeping them from getting the fuel they need to grow.De Censi said he was interested in doing the study because the minimum effective dose of tamoxifen hadn't been researched.The drug was developed in the late 1960s, he said, and at the time researchers weren't looking for the minimum effective dose because prevention was the key issue. However, above a certain dose, tamoxifen won't produce any extra benefit, but it will raise the risk of side effects, De Censi said.The new study included 500 women. They all had either stage 0 breast cancer (called DCIS) or high-risk lesions in their breast tissue that could develop into breast cancer.Half of the women took 5 milligrams of tamoxifen daily for three years. The other half took a placebo. The average follow-up time was five years.By that time, 5.5 percent of the women taking tamoxifen and about 11 percent of the women taking a placebo had a breast cancer recurrence or a new cancer.Taking low-dose tamoxifen lowered the risk of recurrent or new breast cancer by 52 percent, the researchers reported. And the rates of side effects were similar between the two groups.About 35 percent of women in the tamoxifen group (and 39 percent in the placebo group) stopped treatment before the study was done. De Censi said if they had continued, it's possible that the low dose of tamoxifen would have proven even more effective.Dr. Douglas Marks is a clinical instructor in the oncology/hematology department at NYU Winthrop Hospital in Mineola, N.Y. He said the findings were impressive, and low-dose tamoxifen is a "very worthy idea to be explored."But, Marks added, the study doesn't have data for a long enough time period. He said he'd like to see 15 years of follow-up. And the study really needs to compare the 5 mg dose to the standard 20 mg dose to see if it's just as effective."Different strategies should be evaluated in hormonal therapy," Marks said.However, women need to know that the current prevention strategies are very effective, he said. If you're taking one of these therapies, talk with your doctor if you're having trouble with side effects, he added."Before you stop taking a medication, let your doctor know about your side effects. There are a lot of strategies to deal with side effects. Even if you're between appointments, call your doctor to talk about it," Marks advised.The study is to be presented on Thursday at the San Antonio Breast Cancer Symposium. Findings presented at meetings are typically viewed as preliminary until published in a peer-reviewed journal.SOURCES: Andrea De Censi, M.D., Ph.D., director, medical oncology unit, National Hospital E.O. Ospedali Galliera -- S.C. Oncologia Medica, Genoa, Italy; Douglas Marks, M.D., clinical instructor, oncology/hematology, NYU Winthrop Hospital, Mineola, N.Y.; Dec. 6, 2018, presentation, San Antonio Breast Cancer SymposiumCopyright © 2018

Here are some question-and-answer threads about tamoxifen:

Has anyone taken a break from Tamoxifen (and the decision was supported by your •onco)? Thoughts on doing so?

• How long did it take you to get used to Tamoxifen? I'm still tired, and somewhat foggy brained on occasion.

• I'm desperate! I've been on Tamoxifen for a little over 2 years and I've been gaining weight steadily. I call it the "ring around the middle". Is there an effective solution to Tamoxifen belly?

Here are some conversations about tamoxifen:

"This Tamoxifen has been killing me with weight gain and loss of appetite control (never feel satiated) and weird heart issue side effects. I’ll keep • ya’all posted because I know a few of you have had issues with Tamoxifen and weird big weight gain."

• "I am little over one year post-chemo. I have struggled a lot with depression. I don't know if it's the medically induced menopause from chemo, the Tamoxifen, or the fact that I had cancer. Or a combination... It feels like I'll never be the same."

• "Wanted to ask if anyone was feeling scatter brained? I have been cancer free and on Tamoxifen for 1year 6 months had 4 surgeries and back on the mend. But sometimes my mind is all over the place, I can't focus..."

Have you taken Tamoxifen? What do you think about these study findings?
Share in the comments below or directly on MyBCTeam.

Heart Monitoring a Must for Breast Cancer Patients on Herceptin

What are you thankful for?