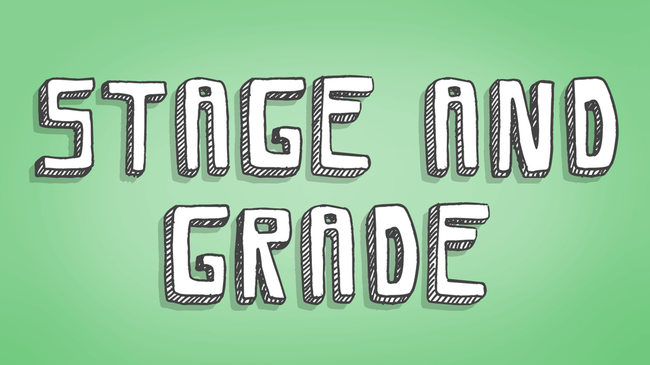 Once breast cancer is diagnosed, it is graded and staged. The grade describes the appearance of the biopsied cancer cells under the microscope, and the stage describes the likely pattern of growth and spread of the cancer. Staging predicts how aggressive a cancer will be and helps the oncologist recommend the most effective breast cancer treatment. Grade is a factor in staging.

The grade of a tumor is an expression of how its cells appear under a microscope. Invasive tumors are graded 1 (low), 2 (medium), or 3 (high) by how much they look and grow like normal cells, in a regular and organized fashion. A low grade means that the cells are closer to normal, and more likely to grow slowly. Higher grades of cells are irregular and disorganized and may grow more quickly. Oncologists also describe low-grade tumors as well-differentiated, meaning they look and grow much like they should, or poorly differentiated, meaning they appear abnormal and grow in an unusual pattern.

Noninvasive (in situ) tumors may be described as low, medium, or high, rather than numbered 1 through 3. Read more about types of tumors.

The grade of a tumor can be found in the pathology report.

Traditionally, breast cancer was staged based on three factors: the size of the primary (original) tumor, the number of lymph nodes the cancer had spread to, and whether or not the tumor had metastasized – spread to other parts of the body such as the lungs, brain, bones, or liver. In 2018, the American Joint Committee on Cancer published new criteria that include additional characteristics to be considered: the grade of the tumor and the molecular subtype (read more about types of cancer and hormone receptor status). Molecular subtypes are determined using a test called Oncotype DX during the process of breast cancer diagnosis. Staging may also depend on whether surgery or another treatment approach is used first.

In rare circumstances, breast cancer may be restaged to evaluate the effectiveness of treatment or assess a case of cancer that recurs after treatment. In most cases, the stage that was originally assessed remains in effect.

In stage IV breast cancer, cancer cells have spread from the breast to other parts of the body, a process known as metastasis. Breast cancer most commonly metastasizes to the liver, lungs, brain, or bones. Breast cancer metastases (or mets) may also be found in distant lymph nodes or embedded in the chest wall. In 5 or 6 percent of women, breast cancer is first detected when it is in stage IV – in these cases, breast cancer may be referred to as de novo.

Stage IV breast cancer cannot be cured, but it is treatable. Metastatic breast cancer is often a chronic condition that requires ongoing or periodic treatment control. It may go into remission and later return.

Can breast cancer be cured?

Oncologists are often reluctant to use the word “cure” when discussing breast cancer. Being “cancer-free” is not the same as being cured. Due to the nature of breast cancer – which can go into remission after treatment and later recur – many women experience breast cancer as a chronic disease rather than one that can be cured once and for all. Each individual case of breast cancer is different. In general, some breast cancer may be considered curable in stage I, stage II, or stage III, while stage IV (metastatic) breast cancer is not considered to be curable with the treatments currently available.